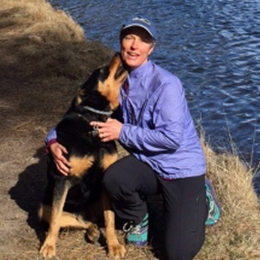 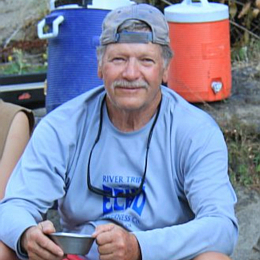 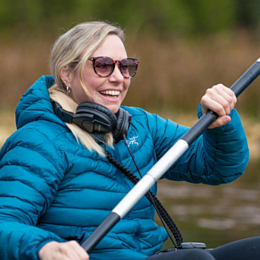 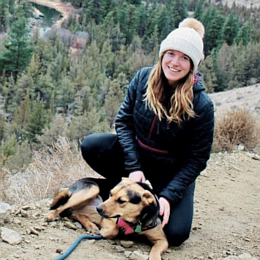 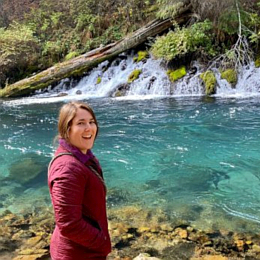 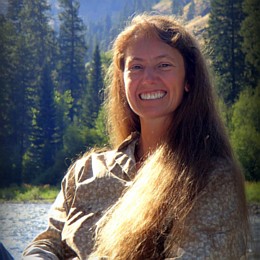 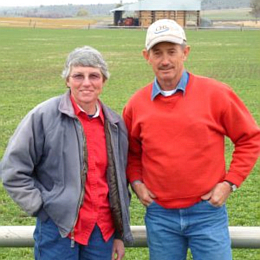 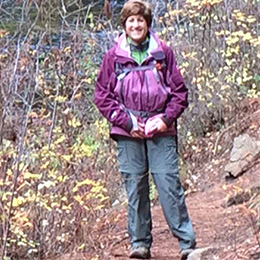 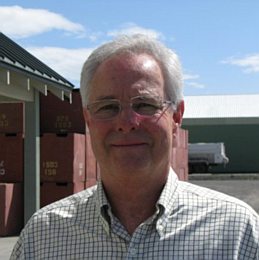 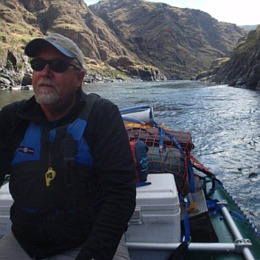 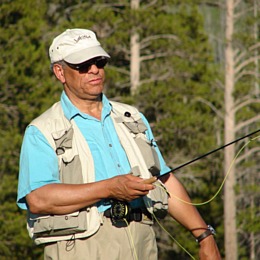 Volunteer to Support the Cause!

Love the Deschutes? Want to help the river? We’d love to hear from you. Click the link below to contact us.

With its sparse desert and snowy peaks, Central Oregon resonates profoundly with Gail’s Australian roots. Her deep love of place and community derive from her childhood as a minister’s daughter.

At 17, Gail spent a year in Japan as an exchange student, and after a year of university in Australia (during which she focused on rock climbing and back country skiing, neither part of any curriculum), she dropped out of college to go exploring.

During that period, Gail worked on a prawn trawler and harvested potatoes in Western Australia, and worked the tobacco harvest in Ontario, Canada. With her American husband (whom she met on a trail in New Zealand), she hitchhiked through Australia, North America, and Mexico, and rode on a train that derailed near the Mexico/Guatemala border. They slept in farmers’ fields, were welcomed into strangers’ homes on many occasions, and one time hunkered down on a picnic bench in Washington.

In Colorado, Gail earned two degrees in physical geography. Her work on Pikes Peak led her into environmental advocacy work and the nonprofit world. She has founded and served as executive director of nonprofits in both the social justice and conservation arenas. Gail has also run political campaigns and worked in Salem as a legislative aide. Before leaving the Portland metro four years ago, she took a break from environmental work and taught English and citizenship to refugees from countries as far spun as Somalia, Eritrea, Iraq, Afghanistan, Bhutan, and Burma.

Gail is a dual citizen and has resided permanently in the US since 1982. She and her husband have two grown kids and two little grandkids. She ran trail ultramarathons for more than 20 years, but now settles for hiking, kayaking, and watching birds at the backyard feeders. Gail is passionate about restoring the Deschutes River.

DICK LINFORD
Board Member
Dick is deeply indebted to wild rivers. They gave him a wonderful life for forty-three years.

He was born in Wyoming and was raised there and in New Mexico. He went to California for college and almost never left. His career as a high school teacher was interrupted by a rafting trip down California’s Stanislaus River in 1970. In less than a quarter of a mile, he was hooked on whitewater. He guided for two years and then started his own company—which, at its peak, was running 19 rivers across the west and one in what was then Yugoslavia. His clients ranged from Edward Abbey to George Bush the Elder. (Sort of. It’s a long story.) He served on the board of directors of American Rivers for eight years, and is past president of The Western River Guides Association and America Outdoors, the national organization for outfitters of all kinds. He is also the author/editor/compiler of Halfway to Halfway, an anthology of river stories. He is now retired, living in Bend, and is dedicated to making the Deschutes River wild once again.

I grew up on a crop farm with my entire extended family, my father, grandmother and grandfather and both my aunts. I spent many summers on a tractor, swathing hay, picking beans, hoeing tomatoes, moving pipe, just to name a few of my many summer jobs. A memory that has always stayed with me is seeing my father and grandfather walking through the fields running their hands through the dirt, determining the exact time that they needed to utilize water for irrigation. At a very young age, I learned the importance of water conservation. In the early summer our rivers were high and flowing. All of our swimming holes were deep, and we could not wait to take a plunge after a hard day’s work. By end of summer we saw our river flows lessen, and our water holes dissipate, and it was understood that this sacrifice of our river flows was for our livelihood, our farms and our community. Because of our rivers – our greatest asset – we were able to put food directly in our communities’ hands. Fresh-picked corn on the cob, tomatoes, cucumbers and a large variety of melons, some of the best in the country. Being an intricate part of that farm to table process made all the hard work and sacrifice worth it.

Raised in the Colorado foothills of the Rocky Mountains, Lisa’s passion for natural resource stewardship was inevitable. As a driver for innovation, she saw no better place to bring change than from within water utilities, industry, and agriculture (those who have the greatest impact on water quality and quantity in our world). After getting her Bachelor of Science in Chemistry from Colorado State University, she supported water quality program development in recycled water plants, breweries, and potable water plants of the high Rockies. But she wanted to go bigger. She wanted to help agriculture catch up to the technology available and to meet the necessary conservation goals we have today. This passion brought her to Oregon State University, to her graduate studies in both Soil Science and Water Resource Science, and to North Unit Irrigation District (NUID). Here lies the nexus of agriculture, water management, and natural resource stewardship. With the grace of her partners (such as Coalition for the Deschutes) and the supportive involvement from the NUID/agricultural community, she has brought reality to many conservation projects and seeks to keep the momentum going.

A life-long advocate for wildlife, clean water, and wild places, Pam is currently an attorney with the Western Environmental Law Center where she focuses on forest and public lands issues. Graduating from the University of Oregon Law School in 2006, she spent her first eight years in natural resource litigation. However, negotiated solutions have always been an interest. She was a mediator at the Lane County Courts for four years, and was appointed to the Steens Mountain Advisory Committee in 2003 where she learned how to work productively with rural ranchers. In 2014, she turned all of her attention to working collaboratively with rural community leaders and other diverse public lands stakeholders. She believes that the most durable solutions are often those that have the widest community buy-in. Today she works closely with multiple communities and forest collaborative groups in the Blue Mountains. Before law school, she was a river guide on the upper basin of the Colorado. When not playing in the woods or running rivers, she teaches yoga and practices meditation.

Quote from Pam
“I love rivers, and I believe that durable solutions to water quality & quantity issues are most likely to arise from broad-based community buy-in. Sometimes, litigation or legislation will be necessary. Not everyone will sit down at the table and be reasonable. But in our polarized world, we need people at the center, drawing the edges in. We need rich contexts in which to discuss our differences, and we need to remember how to work generously together. CFD creates such a context.”

NANCY RICHARDS
BOARD MEMBER
Farming has been a big part of Nancy’s life since birth…and in her family for generations. She grew up baling hay and raising cattle on the family farm in the foothills of Mt. Hood. In 1989 she, and husband Marty, made the move to irrigated agriculture in North Unit Irrigation District. They raised their three children on the farm and are thrilled that all three have maintained a connection to the farm. Gary is raising his three daughters on the farm and helps when his busy schedule allows. Katie lives in Portland but often hops in a tractor to lend a hand when she’s in Central Oregon. Kevin returned to the farm in 2013 and is a co-owner of Fox Hollow Ranch. He’s raising his three boys on the farm and expecting twins in the summer, 2019. Fox Hollow Ranch raises vegetable seeds, peppermint oil, Kentucky Bluegrass seed, hay and grain on 640 irrigated acres. Farming continues to be a family affair and irrigation water is the lifeblood that makes all that possible.

In addition to working on the farm and raising kids and grandkids, Nancy runs, bikes, and swims and loves to travel especially if she can find a challenging trail to hike. She has been an active volunteer in the community including a term as chairman of the Willow Creek Watershed Council. She currently represents Jefferson County on the Farm Service Agency County Committee.

Nancy is excited to be part of the collaborative process that is working to restore the Deschutes River while sustaining the supply of irrigation water that is so vital to her farm and family.

Jackie has more 30 years of environmental planning and policy experience in the private, non-profit, and public sectors. She earned her PhD in Public Policy and Affairs at Portland State University in the Hatfield School of Government. In 2016, she served as a 2016 Ian Axford/Fulbright public policy fellow researching freshwater reforms and indigenous water rights in New Zealand.

From 2013-2016, Jackie served as the Environmental and Planning Policy Director for Portland Mayor Charlie Hales. Prior to joining Mayor Hales’ staff, Jackie worked as Executive Director for River Restoration Northwest, Watershed Program Manager at For the Sake of the Salmon, Tualatin River Watershed Coordinator, and as an environmental planning consultant in private sector for over a decade and half.

Jackie served in elected public office from 2001-2013 in both the Oregon House and Senate where she chaired the House Energy and Environment Committee and the Senate Environment and Natural Resources Committee. During her tenure, she also served on Senate Judiciary, Ways and Means, Consumer Protection, Transportation, Agriculture and Natural Resources, Audits, and Water Committees.

Mike Weber is the managing partner of Central Oregon Seeds, Inc (COSI). Mike has a BS in Soil Science from New Mexico State and an MS in Plant Nutrition and Soil Fertility from OSU. He is very involved in his community, including having served on the Mountain View Hospital Board of Directors, Madras Elementary School Site Committee, and Jefferson County’s Economic Development Board.

In 2006, Mike received an Oregon State University College of Ag Science Hall of Fame Award, and in 2013 he received a Distinguishing Service Award from Oregon Farm Bureau.

COSI is a top-quality seed producer specializing in contract production with ~35 local farmers to multiply proprietary varieties of turfgrass and hybrid carrot seed for domestic and international seed companies around the world. COSI is the key producer of hybrid carrot seed in the world with a market share of 35-40% of the world’s needs.

National Wilderness Stewardship Alliance Executive Director
Retired from the US Forest Service after a 36-year career
Randy spent time in Washington DC as the National Program Leader for Wild and Scenic Rivers and as Assistant Director of Recreation, Heritage and Volunteer Resources. He was a Regional Wilderness Specialist in the Intermountain Region working on wilderness and rivers issues for over 16 years before moving to Washington. Randy is married with two grown daughters and two grandkids. He lives in Bend and enjoys river trips, wilderness hikes, and visits with friends and family.

Dalton's research is on the impact of culture on development and learning and reasoning, especially for African American children. He has studied reading acquisition and teacher's attitudes and responses to speakers of Black English during reading instruction. He is beginning work in the area of identity and learning with special emphasis on mathematics and science.